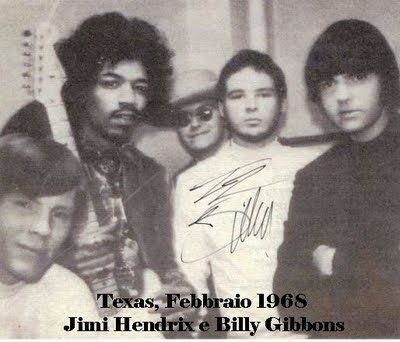 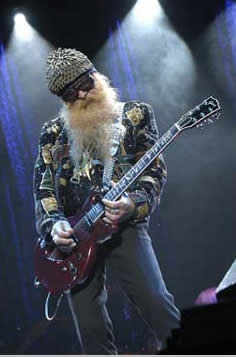 The Legend of the Pink Stratocaster 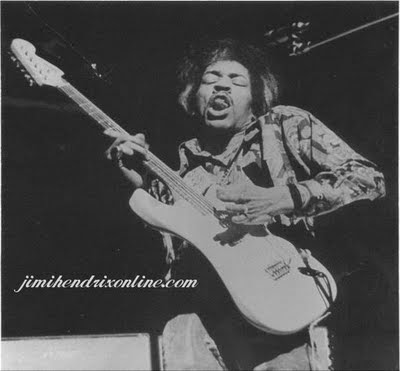 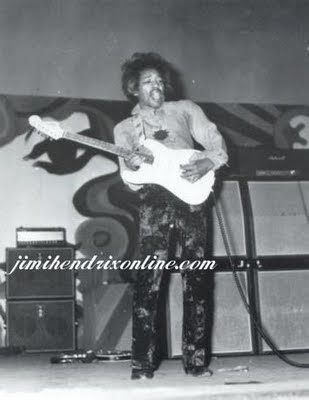 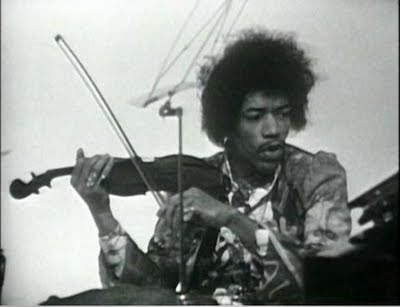 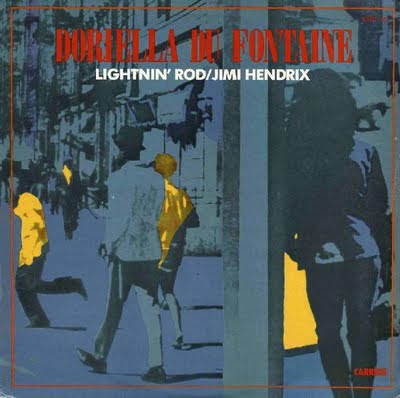 
Questo il testo di Doriella Du Fontaine.
I was standing on the corner in the middle of the square,
Tryin' to make me some arrangements
to get some of that dynamite reefer there.

Now, I was already high,
and dressed very fly,
just standin' on the corner
watchin' all the fine hoes
When up drove my main man big money Vann
in his super ninety-eight Olds
Now as Van stepped out
and he looked about to me He began to speak,
Came his real fine freak
She wore a black chemise dress
considered to be one of the very best.
Hair was glassy black
Eyes a deep see green-blue,
Her skin boss dark hue.
Man! She was some kind of fine!

Now, as I spoke to Vann, and I shook his hand,
and I asked him "Is that your honey?"
Without no jive
This was the dude's reply, "Like she's anybody's. who wants to make some
money."
"She's really down
And known all around
As Doriella Du Fontaine.
She plays her stick,
mind you, she's slick,
She's one of the best in the game.
This girl's no jerk
I've seen her work,
She's nice and she can use her head
And she's good with her crack
>From a long way's back,
And she's done made me a whole lot of bread."

Now, Vann was sporting a Panama Straw,
had a Corona-producto stuck out the side of his jaw,
He wore a beige silk suit
That looked real silky,
And my man was dressed like to make Rockefeller feel guilty.

Now I was pressed, I must confess,
Although I couldn't compare with Vann,
It's not that his taste is better than mine.
Just that he is the big money man.

"Hey, fellows," Doriella said,
"I'm starving as can be.
How about a bite to eat?"

So we all agreed
on a fabulous feed,
down at the Waldorf
Now the Waldorf was blowing
in bright neon light,
Although this was my first flight,
We were all clean as the board of health.
Three players, that's true,
in rainbows of blue,
And we painted a picture of wealth
Now as we were dining,
Vann started unwinding,
He began to run his mouth off to me.

But as we left,
I dug his woman, Doriella Du Fontaine,
Was standing pinning on me
"Hey fellow," Doriella said,
"Since we met I'm glad,
So here's the address to my pad."

So next Saturday
I got real fly.
And I went to see Miss Du Fontaine.
I stopped off at my main man Jaws,
he dealt in snow,
And I copped me some cocaine.

Now I got to her pad,
Jim it was some kind of bad.
It was really a bar set.
She had a 5-inch carpet,
which was limited in a market
Somewhere from the far-East Orient.
The high file was sailin'
And I wasn't failing,
But I just couldn't rap to this queen.

She dug my feet was cold
and took a tigh hold
And gave me some pot, Chicago Green.
She said "You be my man.
And together we'll trick the land,
And I'll be your true-blue bitch,
Although you'll have to show me to those other squares,
I'll take their dough and make you rich."

Now you know where I'm at!
I really went for that.
And I put this fine ho in her bed.
Me and this queen made love supreme,
and I flipped when she gave me some head

Now, next Saturday round one,
We were out having fun,
at the club known as the Island of Joy,
When in walked Dixie Fair,
Drugstore millionaire,
International playboy.
"Hey, fellow," Dixie said, "
How's that fine model in red?
Why I'll give you a fee, if you introduce her to me."

"Next morning in bed horse honey she said,
I can beat Dixie for all his bread.
Butyou have to wait patiently,
like a hustler on the sunny lands of New Mexico,
Because I don't want you around
When I take off this clown,
and I get him hung up in my den,
But when I pull through
I'll come straight to you,
And you'll never have to hustle again."

So the next morning,
I jumped in my $500 dollar grey silk vine
Downed me an ice cold pint of vine
I snatched my bank book
And I made reservations on TWA airline.
Now, my stay wasn't bad.
I had a fabulous pad.
I pulled plenty of fabulous hoes
.I pulled Miss Carmen Vista
Who was huge in the Keister,
And first cousin to Mexicaly Rose.

The climat was hot,
And there was plenty of pot,
And the tequila's were dynamite.
As I laid in my shack, on top of Carmen's back,
I had her on her knees all night.
Now one morning,
As I patiently waited,
I got a telegram that stated,
It said, "Papa daddy,
I made a real grand slam.
I'm on my way. TWA.
Comin' number 3.
Be in New Mexico by four.
Can't say no more. Love, your fine woman, D."

Comin' then gave me a bath in ice cold milk,
and I jumped in my $500 dollar grey silk,
and downed me a pint of ice-cold wine,
when I dug the New York news,
That shook me in my shoes,
with its bold daring headline..
It read Bulletin. Last night, Dixie Fair..
Drug store millionaire..
Committed suicide..
Left all his fame
To Miss Du Fontaine,
And stated to be his bride."

So Jim I made a B line on down to the airport,
Just in time to hear the announcer say,
"Attention in the lobby,
Attention in the Lobby:
Relatives and friends
All passengers on comin' number 3,
Wait no longer,
For fate's cruel hands
The good comet has crashed
Off the coast of Chili Sands
But wait! The rescuers said there was a woman alive!
Age 25...
Hair glassy black..
Eyes deep see green-blues
Skin a boss dark hue,
She said she was on her way
To her fine man in grey,
Stated to be his bride.
She would have been his true-blue bitch,
And made him rich,
but then she caughed up her blood and died." 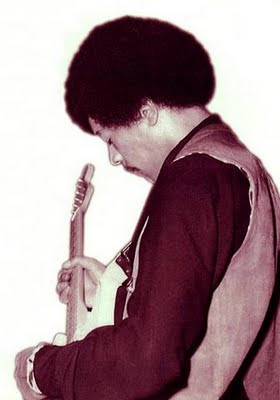 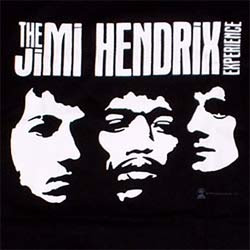 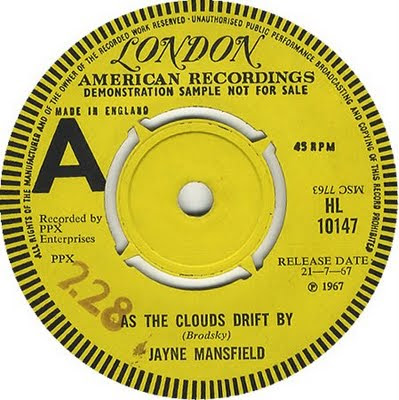 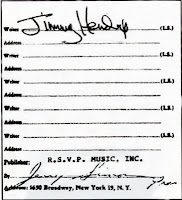 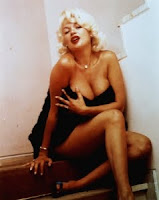 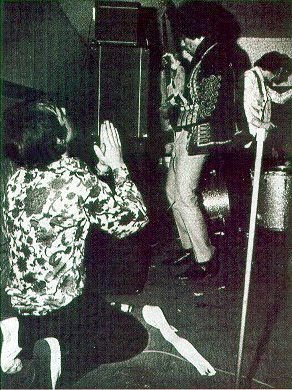 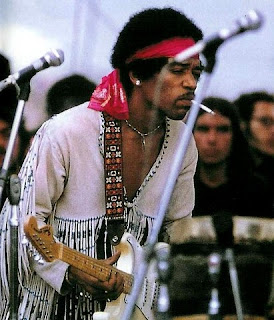 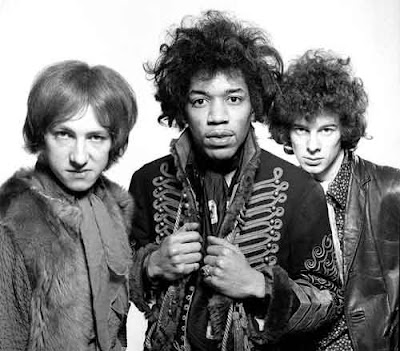 Choose your language and translate this page: 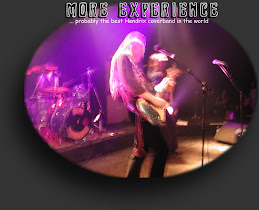 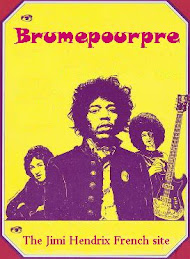 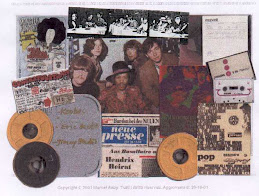